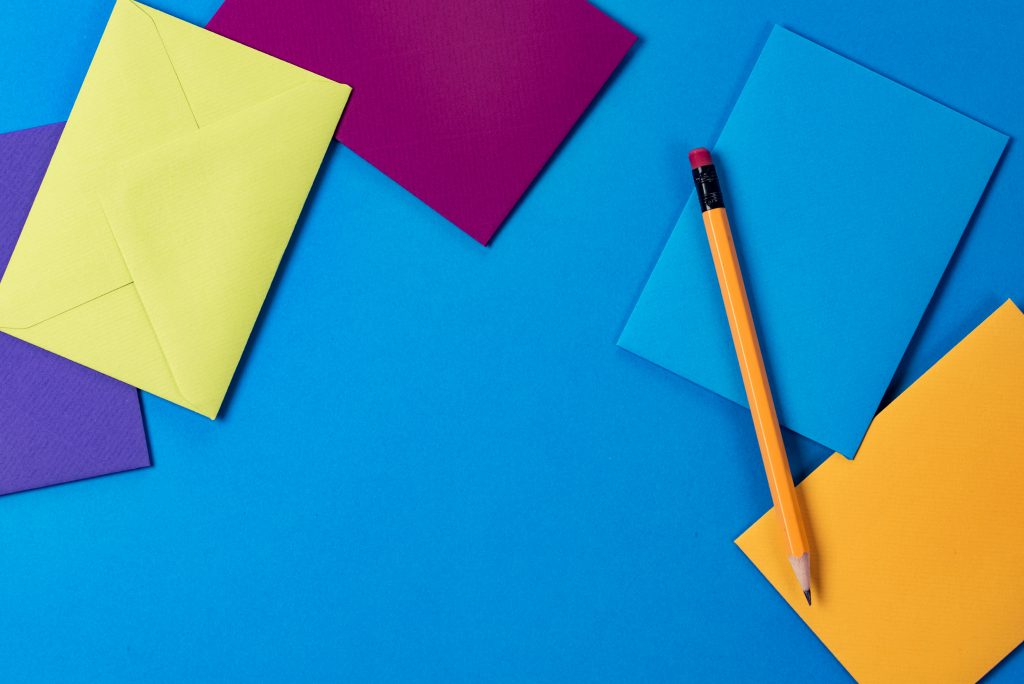 Welcome back to the Jargon Jar! If you’re here for the first time, make sure to read our introductory Jargon Jar post, which explains why this series exists and how we will never push the envelope. To recap, The Jargon Jar is our vessel for discarding nonsensical, clichéd, and tired jargon. It stands for a commitment to not use these special words and phrases ourselves, and it’s a challenge to our followers to do the same.

In our first post, we sealed ‘leverage’ away, committing to never use that word unless we’re analyzing physics or investment strategies.

Today, we will analyze one of our least-favorite phrases in the corporate lexicon, push the envelope, then resign it to the same fate as leverage.

What does it mean to push the envelope?

Translation: “To go beyond the usual or normal limits by doing something new or dangerous.”

Push the envelope has become so common, so embedded in everyday English, that many of us may forget that it’s even an idiom. We’ll explain where it came from in the next section, but first, let’s quickly examine how it’s used.

Tesla is known for pushing the envelope whenever they develop a new electric car.

Our company wants to invest in this exciting product, but it’s risky, and we’re afraid to push the envelope while money is tight.

Richard Pryor was famous for pushing the envelope, bringing controversial and taboo issues of race, sex, and drug use into his stand-up comedy acts.

So it’s risk-taking, pushing the boundaries, and going where few others dare to traverse. Got it.

Where did the phrase come from?

The idiom originated in aviation slang. It relates to the graphs of aerodynamic performance in which the envelope is the boundary line representing an aircraft’s flight capabilities.

On an interesting note, the phrase truly entered the American lexicon in 1979, when author Tom Wolfe published The Right Stuff, a landmark book about test pilots and the early U.S. space program. This book was later adapted into an Academy Award-winning film of the same name in 1983 starring Ed Harris and Sam Shepard, and that’s when people started using push the envelope colloquially, with the diluted meaning of experimenting, taking risks, and innovating. But we digress.

We’re creatives, not pilots. And it’s 2018—few people use envelopes these days, much less push them. What you’re really talking about is testing limits to see what’s possible. That’s intriguing—so say it!

Like all jargon, push the envelope is a bloated, indirect way to express the idea of challenging norms and limits. As a command or instruction, it’s vague: asking someone to push the envelope could imply expecting them to invent an idea or solution that truly changes the world. Quite a charge. At worst, it could imply breaking the rules. Without specificity, it’s hard to know.

Simply, it’s a cliché, and it’s overused. You can do better.

Okay, so what should I say instead?

If you’re describing anything—art, technology, science, math, sports—and searching for the right words to describe something that truly tests the limits of your expectations, just say as much. “This challenges my expectations” works great. So do ‘extreme,’ ‘radical,’ and ‘drastic’ as descriptors.

Push the envelope one last time, then seal it away forever

Adios, envelope. We’ve pushed you away for good. Enjoy your company.

Which words and phrases really grind your gears? What’s the worst jargon you heard this week? Leave us a comment below, and help us fill the jar.

One Reply to “Push the Envelope, Then Seal It Away”