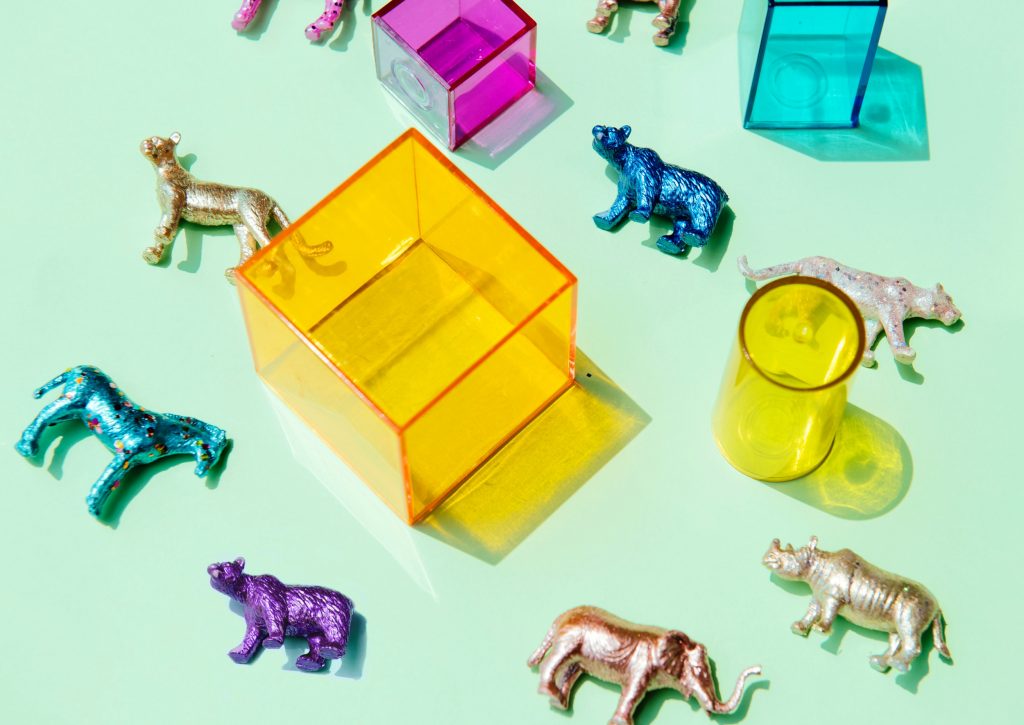 Welcome back to the Jargon Jar! If you’re here for the first time, make sure to read our introductory Jargon Jar post, which explains the purpose of this series and why you can’t think outside the box anymore. In past installments, we circled back on corporate clichés and banished best-in-breed.

Today, we examine a widely-used (and despised) metaphor to describe creative process, ‘think outside the box,’ then break out of it like Andy Dufresne.

What does think outside the box really mean?

Translation: Think differently, unconventionally, or from a new perspective.

Ah, the ‘box.’ We’ve all heard of it, in countless contexts. As Fast Company summarized in 1995, the phrase think outside the box likely originated in the 1970s or 1980s among corporate consultants, who would test clients by drawing nine dots on a piece of paper in the shape of a square, then ask the clients to connect the dots—without lifting their pen, and using only four lines.

Anyone who has played this lateral-thinking game knows that the solution lies, somewhat counterintuitively, in drawing new lines outside of the square nine-dot arrangement. Thus, the common refrain from consultant to client, ‘think outside the box,’ was born. The puzzle only seems difficult because people imagine a boundary around the edges of the dots.

Today the phrase has become a cliché widely used in business environments, especially in corporate consulting and creative/advertising industries. The metaphorical ‘box’ connotes a real, defined limit, and thinking beyond those constraints can produce radical, original creative ideas. Or so we think.

The ‘box’ metaphor carries a flaw from the start: asking someone to think outside of the box presupposes that a person is inside the box to begin with. And telling someone that they’re boxed-in is a great way to make them feel anxious, stressed, and pressured.

Funny enough, psychologists have seemingly disproven the core premise of today’s cliché: that thinking outside the box spurs creativity. When researchers tested the aforementioned nine-dot game against a sample audience by instructing them to draw outside the lines—in essence, revealing the trick in advance—they found that only 25% of the group solved the puzzle, a statistical wash compared to sample groups with no prior hints at the solution. Direct and explicit instructions to think outside the box did not help audiences think more creatively.

Moreover, think outside the box has become so tired and so prevalent that simply using the phrase exposes an embarrassing irony. If you’re telling someone else to think outside the box, you’re just proving that you’re stuck in a rhetorical box yourself and too clueless to escape.

Be bold instead of boxed-in. If a coworker or partner needs to think about a problem differently and produce unusual ideas, then challenge them to do so! Say “Let’s remove structure from this. Think freely, and come up with something unusual.” That’s a bit more specific, since you’re establishing new parameters and encouraging the unexpected.

Even better, remove the pressure from another person’s shoulders of having to think up something from scratch. Reframe it as an encounter: Tell them to imagine they’re wandering through an outdoor market in a foreign city, and looking for that one special trinket that catches their eye. It takes a weight off to not have to make something, but rather to just stumble upon it.

And if you’re married to the box metaphor, then at the very least stop telling people to think outside of it. Take action! Tell them to stomp on the box. Paint the box. Shred the box. Bury the box, or even just kick the box really hard. That will do more to inspire someone to discard conventional thinking and try something radical.

Into the jar you go

Think outside the box and get inside that jar, cliché. We’re sealing you away for good, while we go focus on original, unconventional thinking elsewhere.

Don’t You Dare Leverage This: Welcome to the Jargon Jar
Push the Envelope, then Seal It Away
Let’s Touch Base Offline, then Never Do It Again
Bandwidth: Do You Have Enough, Human?
Circle Back on This Later, Then Stop Circling
How to Destroy a Best-in-Breed Vocabulary

We make regular donations to the Jar in this recurring Bottle Talk series. We want your thoughts! Which words and phrases offend your grammatical sensibilities? What’s the worst jargon you heard this week? Leave us a comment below, and help us fill the jar.