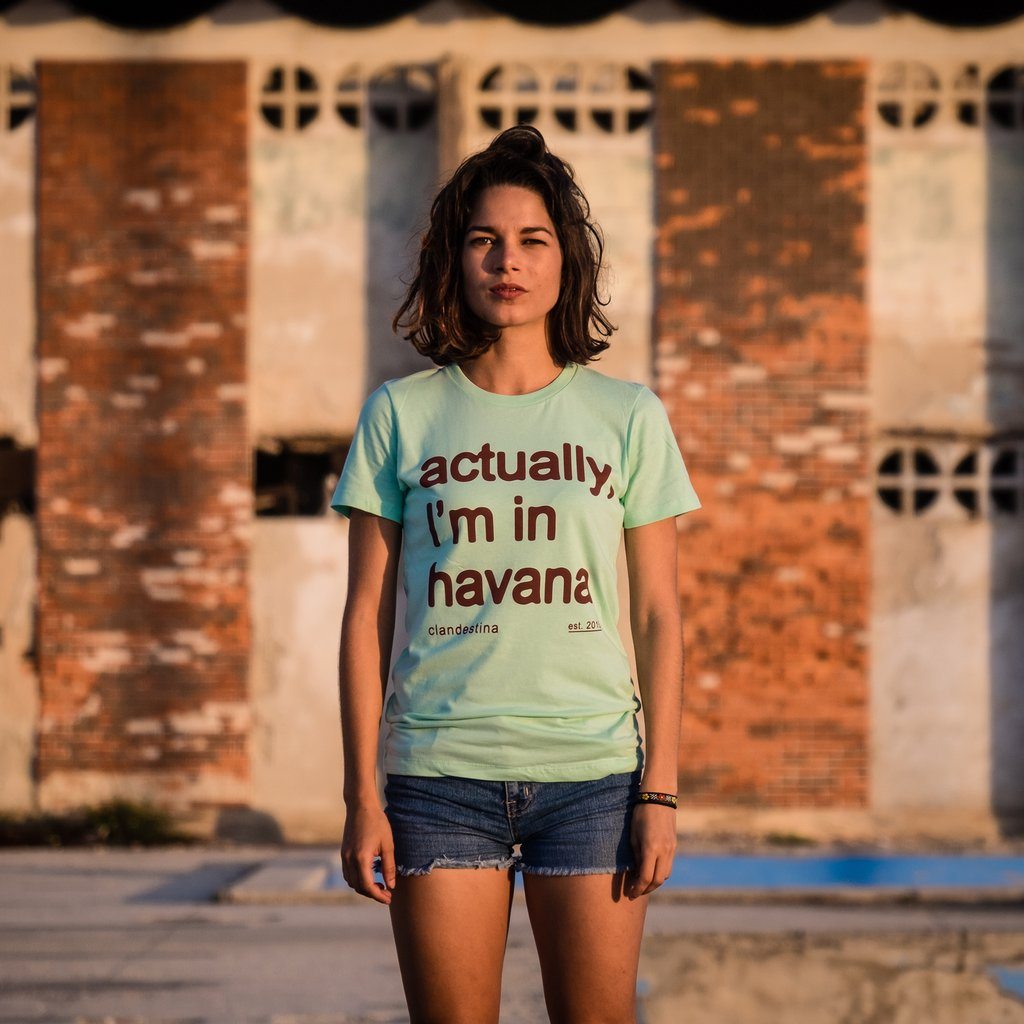 Clandestina exists to disrupt the Cuban souvenir industry of rum and cigars. I first discovered the design shop last year while in Havana’s oldest neighborhood, Havana Verje. Until October 2017, it was the only way you could. It didn’t matter if you were me or President Barack Obama, if you wanted to shop at Clandestina, you had to do it in-person. Now, you can do it online. But the journey to get there wasn’t easy.

Today, Clandestina is a digital-first fashion label from a socialist country; an e-commerce company marooned on an island with intermittent internet; an online clothing brand embargoed from exporting its product directly to its largest market, the United States. It’s a venture that seemed destined to fail.

And yet, through their storytelling approach, they turn each impending disaster to their advantage, reinforce the values that make them, them, and creates a stronger human connection between their brand and their global customers.

Born in a Hurricane…

Seven weeks before the online store went live, the 185mph winds of Hurricane Irma whipped up waves the size of buildings and lashed them against Havana’s oldest, and most fragile neighborhoods.

Apartments were flooded. Parts of the city went dark. Already strained Wi-Fi was stretched to breaking point. But Clandestina maintained its brand of sunny optimism. Seven days after the worst storm in the island’s history, they posted a video of new designs and the promise of “a new website.”

The decision by founders Idania Del Rio, Levire Fernandez and their network of Cuban artists to focus on the positive aspects of their own story rather than reflect on the horrors of the hurricane wasn’t callous. It was Cuban. It was ‘Resolve.’ It’s part of Cuba’s cultural identity and a mark of Clandestina. As Idania describes it:

We make something from nothing and the best of what we have. We persevere, no matter what. That’s our inspiration: a way to not only deal with the ups and downs of life, but to enjoy them like the waves of the ocean. Surfs up!

Resolve is how Clandestina’s development team hunkered down during the storm to meet their commitment to launch the online store, and why they never posted directly about the weather. They persevered. They’re predisposed to take life as it comes and enjoy its ups, and its downs.

And both Idania and Levire aren’t afraid to share the downs.

Two days before the launch of the new Clandestina site, the pair returned to Instagram with two short videos shared below. In both, you see the tired, but infectiously optimistic founders laughing about the challenges of launching a website in a country without internet. While the aftermath of Irma hangs in the air, neither blame the storm on their situation. The result? You root for them even more. Theirs is an honest resolve underscored by the defiantly ironic lyrics of, “why suffer if you don’t have to suffer?” that builds a human connection in the absence of a digital one.

When you are trying to launch an online shop without #Internet! #RelajateGallina #BienvenidosalaPrehistoria #Cuba

Those following Clandestina’s story in real-time knows the birth of Clandestina.co is inextricably linked to Irma. And the design store finally acknowledges the storm with class and humor in the blog post they push to their followers to celebrate the launch. Idania writes:

Hola Gallinas! That means “Hello Chickens!” In case you haven’t heard, the chickens in Cuba have been stressed out ever since Irma, and they haven’t been laying eggs! Well, we’ve been pretty stressed too these past few days, but we’re proud to say that these chickens have laid ONE BIG EGG.

It’s a final storytelling moment that twists the hurricane one last time. Rather than blame long nights on the storm, they deflect its damage to the stressed out chickens that won’t lay eggs. Clandestina meanwhile “laid one big egg” in ‘resolve’ against Irma. It’s a coy narrative choice that breathes more fun-loving Cuban expression into one of my favorite online brands.

So here’s to the storytellers and desingers at Clandestina. Born in a hurricane, on an island without internet.