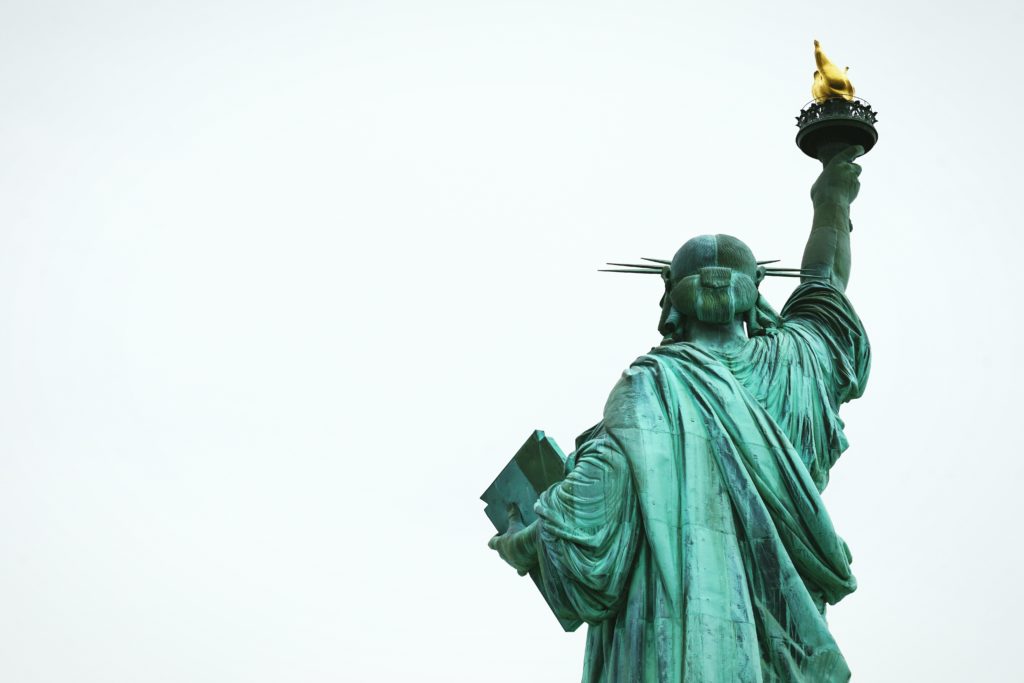 We would live in a much flatter world if we waited for perfect people before raising statues to them. Because, for all the triumphs, and advances, courage, vision, and selfless acts that people are capable of, we are all more fallible than rock and iron.

In Washington, DC there’s a road that cuts diagonally through the city called Massachusetts Avenue. Although it goes by a different name as it runs southeast from the National Cathedral toward Dupont Circle downtown: Embassy Row. Monuments to country defining men and (too few) women stand outside many of the compounds and ambassadorial row homes turned consulates. They’re placed in front of embassies as symbolic stand-ins for the values and character of their respective nations.

Walk five-minutes southeast from the Cathedral and you’ll see Winston Churchill—who defiantly guided his nation through World War II—waving in front of the British Embassy. With one foot on embassy grounds and the other on federal land, the statue is a symbolic gesture to the US-UK alliance. On the opposite side of the road, Nelson Mandela—the leader who lifted South Africa from Apartheid in the mid-1990’s—appears to wave back. Stroll a further 10-minutes toward Dupont and you’ll spot a monument to Mahatma Gandhi. The pacifist who led the successful campaign for his country’s independence from the British Empire rests proudly near the Indian Embassy.

And yet, by all accounts Churchill was also an alcoholic, pro-empire misogynist who thought India would be lost to “political squabbles” if it fell to native rule. Before calling for an end to discrimination of all kinds, Gandhi wrote that white people in South Africa should be “the predominating race” during his visit to the country in 1903. And through his efforts to unify The Rainbow Nation, Mandela maintained warm relationships with infamous human rights violators like Castro, Qaddafi, and Arafat.

Our leaders are flawed. Every single one of them. Even those whose positive virtues have crystallized over time in the afterglow of an adoring social consciousness.

But what happens when the light from that afterglow dims? Or when those we caste as heroes are revealed as bittersweet reminders of a different time? It is when things become painful that they deserve discussion. Statues have the capacity to both lift us up toward higher aspirations and weigh us down to more base shortcomings.

So what makes up the difference?

Let’s start with a working definition: Statues are big and often expensive sculpted lumps of heavy material. The world’s heaviest statue, The Statue of Liberty, tips the scales at more than 54 million pounds. It’s this weight and investment that gives statues what Aristotle would describe as the emergent property of permeance.

There’s a concrete reason for this. Most statues stand exposed to the elements. They require a hardy material if you plan on them physically being around a while.

But this permeance is symbolic, too.

Because the true meaning and value of statues lie in the ‘sculpted lumps’ part of our working definition. The act of chiseling or casting people from an enduring substance is by definition an act of glorification. It’s an attempt to immortalize people—and by extension—the values for which they stand, as symbols for future generations.

It’s this permeance that can present problems in a fast-moving, contextual society. While the history and pretext of a statue’s creation (and placement) are relevant from the time they were forged, it’s symbolic relevance (and interpretation) remains subject to its current environment. And those interpretations, as protests across the world in recent months make evidently clear, move faster than stone.

Promoting shared values through symbols is a privileged declaration of a group’s beliefs. When that symbol stands for a vision—like The Statue of Liberty—we can evaluate it (and ourselves) simply based on its ideals. Symbolic statues are relatively easy to grapple with because they stand for little else more than an idea.

Monuments of people, however, cannot be stripped of their humanity. To glorify the virtues of a person through sculpture is to also render their flaws. They bind together the good with the bad. As societies progress, the values and actions of historical figures can warp under the light of contemporary culture. And so, it is incumbent on their custodians to recognize this duality and to apprehend the exchange as it recast with time.

Because what we stand for deserves discussion.

What Brands Stand For

The way we think about brands charts a similar path. Companies invest heavily in symbols. They have histories and contexts. They have weight and design. Sometimes it’s physical, and increasingly it’s digital, but it’s always psychological which helps us to place and determine their worth in our minds. Brands have—or, as with younger brands, are in pursuit of—permanence. By definition of investing time creating themselves, every brand hopes to endure. But, most importantly, like statues, brands symbolize a shared collection of values and beliefs.

Sometimes brand values are wrapped up in physical products and imagery. An independent neuromarketing study between Coca-Cola and Pepsi conducted at the turn of the millennium bears this out. Participants were placed in an fMRI machine and anonymously feed both beverages to find out what areas of the brain the respective brands affected. When individuals were told the drink was Coca-Cola, their dorsolateral prefrontal cortex and hippocampus, areas known to change behaviors depending on emotions, lit up like Christmas trees. This happened even when what they drank wasn’t the brand.

Other brands have elected to raise up individuals as statuesque proxies for the brand’s image. Nike continues to be a quintessential example of this. The campaigns that spotlight athletes like Serena Williams, LeBron James, and Caster Semenya—and their histories, struggles, triumphs, and aspirations—carry associative meaning deeper than aesthetics. They speak to what the brand is and wants to be known for. And the social causes they champion have increasingly become signals for the brand’s own values. Collectively, it’s an intuitive and learned language that humans understand and can relate to.

But when these heroes fall, so can the real, economic value of the brand. The shareholders of Nike, Gatorade, and others collectively lost between $5 to $12 billion dollars in the 13 trading days during the Tiger Woods scandal.

Similarly, Facebook recently lost $60 billion in value after major advertisers called for the social media giant to do more to combat the spread of misinformation and hate speech on its platform. And perhaps most famously of all, BP, who had made the conscious decision to invest in an environmental-styled brand, lost 51% of its market capitalization within 40 days of the Deepwater Horizon accident. That’s equivalent to a $105 billion loss on a broken promise.

To Stand or To Fall?

Like statues, brands stand for something. And what they stand for deserves steady discussion. Change is inevitable.

As the world changes, brands have a decision whether or not to change with it. It isn’t always a quick and easy one to make. In the words of Charles Darwin: “It is not the strongest…that survives, nor the most intelligent. It is the one that is the most adaptable to change.” Nowhere is this more true than in the world of brands and business.

As organizations mature it is reasonable that they redefine their purpose and values, and the signals they use to convey them. That is what it means to change with the times.

The challenge for their custodians is to recognize and to act on the duality of their charge. Their mission is both to uphold the legacy from which the brand was forged, and to evolve it within their own environment. A brand will strengthen over time when they consistently do both.

But if it becomes outdated or out of step, then it risks being torn down.